Tourist itineraries for your holidays in Italy

Etruscan settlement of Acquarossa - Viterbo: Holidays and archeology in Lazio 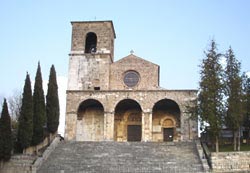 In view of the quantity of necropolis that dot the territory of the Viterbo Tuscia, there are very few remains of Etruscan settlements that have reached our days. Of these, one of the main ones is the site of Acquarossa , which rises just over a kilometer from the Roman city of Ferentum, on the northern border of the Municipality of Viterbo.

Nearby there is also a Necropolis which includes burials from the Archaic age to the Roman era. After the excavation campaigns conducted by the Swedes, a visit to the site now looks like an Indiana Jones-style adventure. The remains of the town of Acquarossa are found at the northern extremities of the Municipality of Viterbo (on a high tufaceous plateau, between the ditches of Acquarossa and Fornicchio) in an area where there are traces of human presence since the Neolithic; the site is not easily accessible (it is necessary to cross private land).

At the base of the hill, next to the provincial road, where the path to the site begins, there is a small fascinating naturalistic area ( Cascatelle dell'Acqua Rossa ) which alone is worth an excursion to this place. The Etruscan settlement was founded in the seventh century. BC and developed peacefully (it had no defense walls) over two centuries until, at the end of the sixth century. BC, it was attacked by enemy people, set on fire and wiped out forever.

It is not known with certainty who these ruthless enemies were: discarding Rome, which was still busy expanding into Southern Lazio, it is likely that it was a population settled nearby and that is the inhabitants of the Duomo hill (the current Viterbo). The event must have been caused by the need to clear this strategic plain for the control of transhumance routes and trade routes in the area.

The coasts and beaches of Sardinia 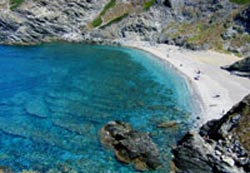 It is no coincidence that Sardinia is today the favorite destination of many tourists: its sea is in fact among the most transparent that can be seen in the world, as well as one of the most renowned for the beauty of its beaches and coasts, mostly from still wild and uncontaminated aspect.

The great variety of the geological substrate gives rise to different but always enchanting landscapes: high cliffs, wide gulfs with long stretches of fine sand, small coves hidden among magnificent cliffs and suggestive seascapes. The coasts are steeper on the western side, but the highest cliffs meet right on the opposite side, at the large and compact limestone arch of the Gulf of Orosei .

The northern coast is extremely varied from a geological and morphological point of view. From east to west the peninsula of Stintino , Platamona , Castelsardo and the Costa Paradiso meet, up to Santa Teresa di Gallura . The Gallura coast, characterized by an infinite number of inlets and enchanting beaches, is home to the famous Costa Smeralda and is one of the most popular with tourists. Further south begins the coast of Olbia and that, rich in beaches, of San Teodoro .

The Parks of Sicily 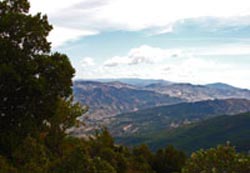 The protection of the areas of environmental value is the responsibility of the Region, therefore there are no state parks and nature reserves on the island. 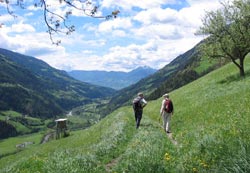 A road formerly traveled by the monks of Bobbio between the seventh and eighth centuries, the " Via degli Abati " used as the main link to Rome before the development of the Via Francigena and the current Cisa. The route we propose, for your holidays in Romagna, starts from the city of Bobbio up to Boccolo Noce, a stretch famous precisely as "Via degli Abati".

Starting from Bobbio , we can say that it was an important strategic center especially for the construction and management of the fortified structures along the Borgallo road, one of the least feared roads to reach Rome, all this up to the duration of the power of the Byzantines on Monte Bardone they controlled. the passage.

Ideas for your vacation